PORTSMOUTH, Va. (WAVY) – This week’s “Show and Tell” may be young, but she is imparting wisdom on Eastern Virginia Medical School students eager to learn from a child!

A former cadet who was expelled from the U.S. Coast Guard Academy after becoming a father filed a federal lawsuit Wednesday challenging the school's policy that prohibits students from being parents.

Isaak Olson was two months from graduating from the academy in 2014 with a degree in mechanical engineering and a commission as an officer when he disclosed that his fiancee had given birth to their first child several months earlier, according the lawsuit filed in U.S. District Court in Connecticut.

Youngkin plans to pull Virginia out of carbon-reduction initiative

RICHMOND, Va. (AP) — Republican Virginia Gov.-elect Glenn Youngkin announced Wednesday that he would seek to use his executive powers to withdraw the commonwealth from a multistate carbon cap-and-trade program he said has overburdened ratepayers and businesses.

Environmental attorneys and other advocates quickly shot back that Virginia’s participation, approved through legislation last year, could not be undone by the governor alone.

The region did get some much needed rain yesterday, but the amounts were not impressive.

Some locations from Newport News northward barely had anything. Amounts were higher to the south. Overall this was literally a drop in the bucket compared to what we need in the long-term. We do have some more shots at rain over the next 4 days. Temps will bounce around for a while.

How will the world decide when the pandemic is over?

Could you have to take a breath test to start your car? Virginia testing new alcohol technology

'Jeopardy!' staying with Bialik, Jennings for the season

‘Let’s Talk, Portsmouth’ podcast invites residents to get to know the city

California plans to be abortion sanctuary if Roe overturned 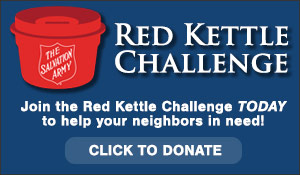 Be On The Hampton Roads Show

Be On The Hampton Roads Show

We love featuring the people of Hampton Roads on the show and providing an opportunity for organizations and businesses to inform the community.  Click here for details.