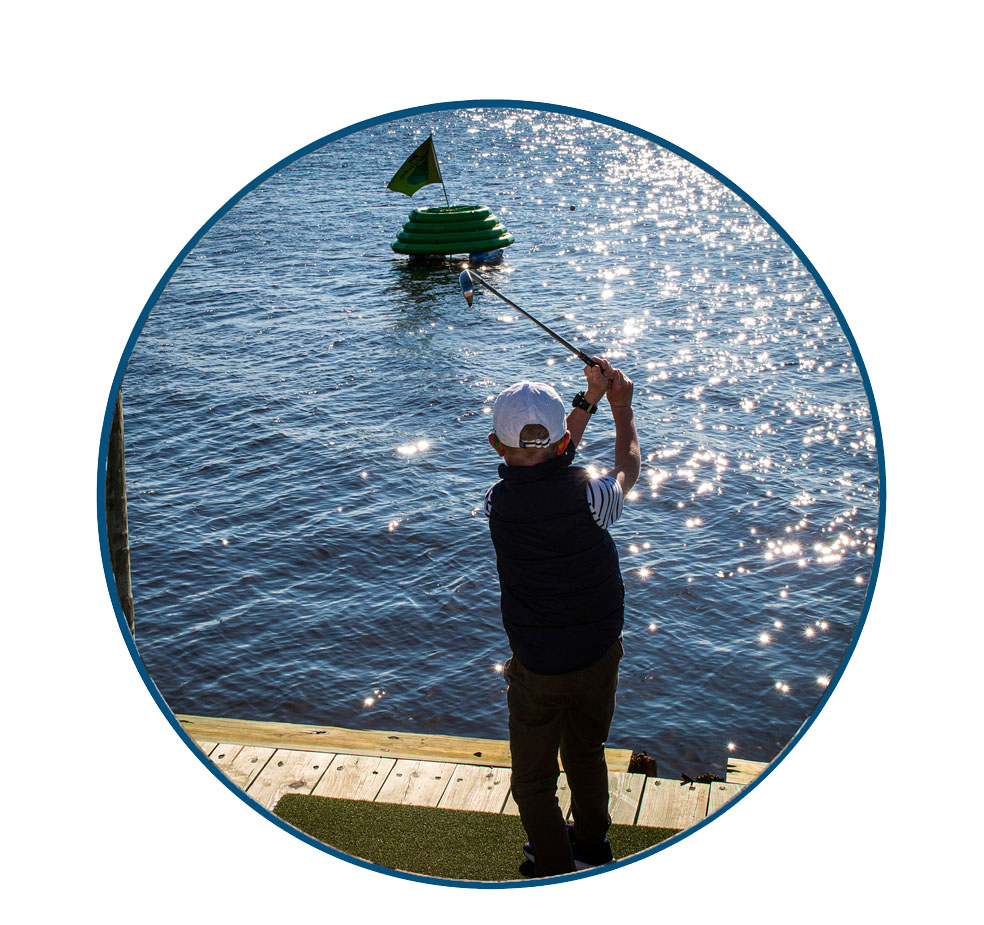 Make a splash at this unique pop-up driving range in Town Point Park! Participants will take aim at a floating green in the Elizabeth River with golf balls that are made from recycled oyster shells. 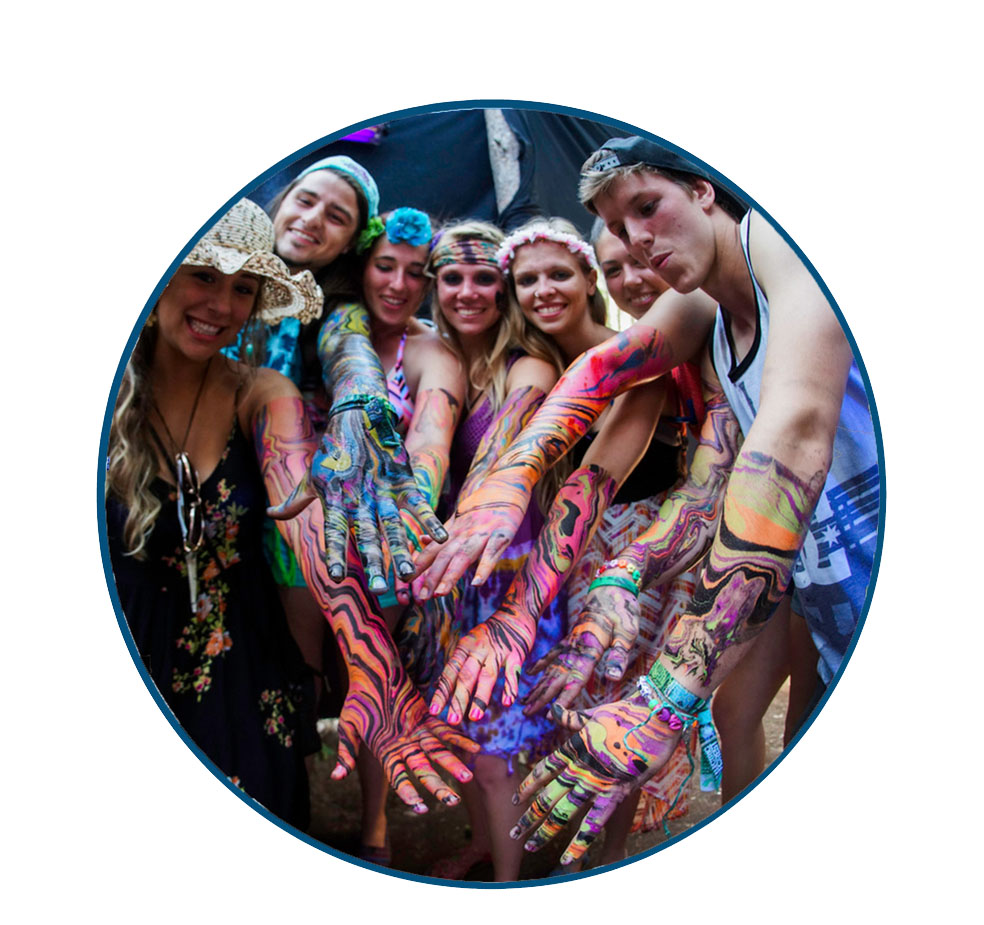 This new festival trend utilizes Hydrodynamics to transform skin and apparel into glowing works of art! 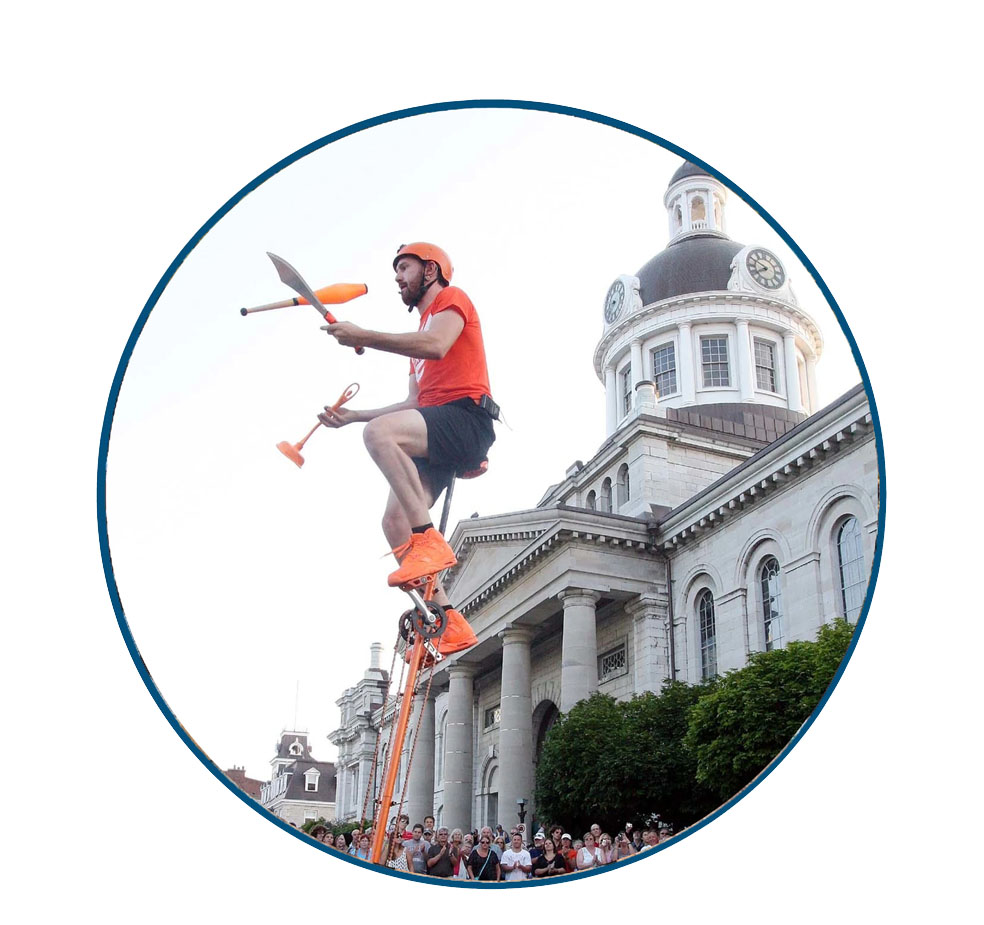 Wacky Chad’s award winning pogo stick skills, charmingly funny jokes and antics got him on America’s Got Talent (Twice!), and a performance at the Superbowl. For more than a decade, he has made thousands of people laugh at schools, fairs, festivals, theaters, colleges and universities all over the world. He has been voted as a fan favorite for his mix of hilarious stand up comedy, unusual tricks and stunts 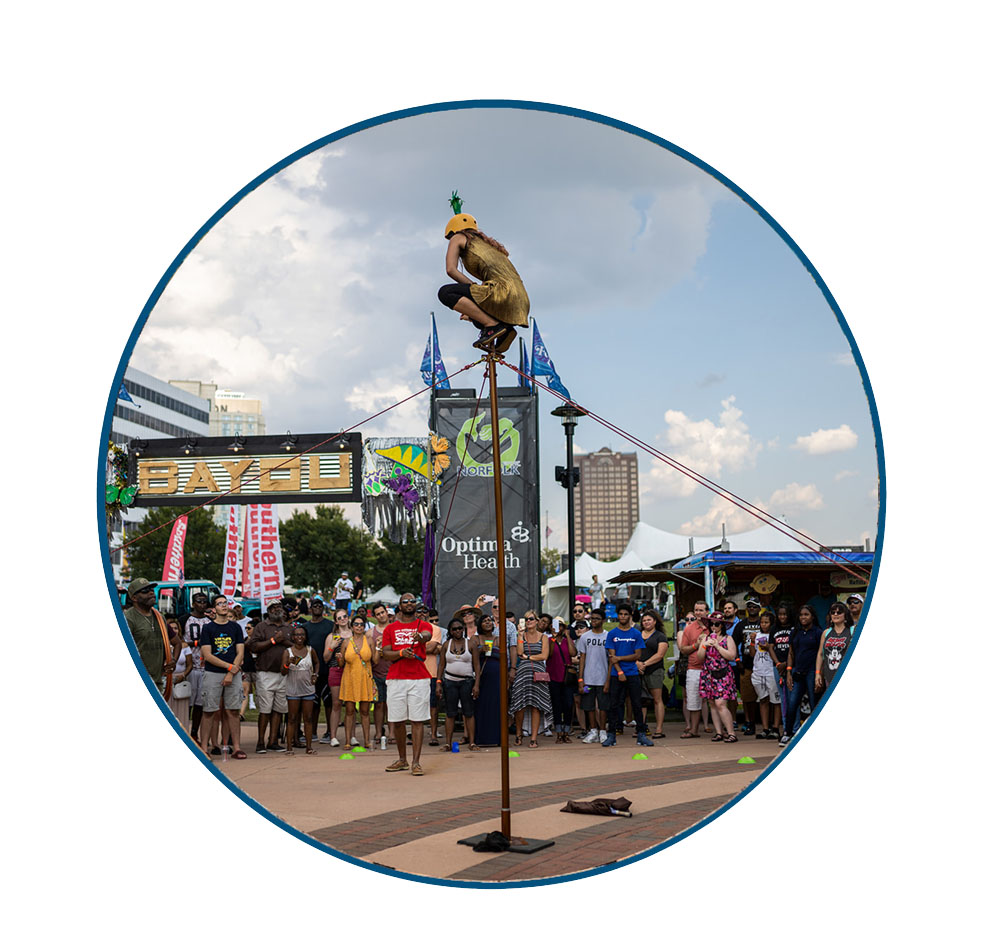 Having delighted audiences in over 10 countries and performed in 6 languages, this family show is loved around the world. With the zest and sweetness ofa pineapple, grace of a dolphin, and jokes as great as your Dad’s, Sara Kuns, Cate Great will whisk you away to the best vacation/most thrilling circus show you have ever experienced. You’ve never seend a hula-hoop show like this before. 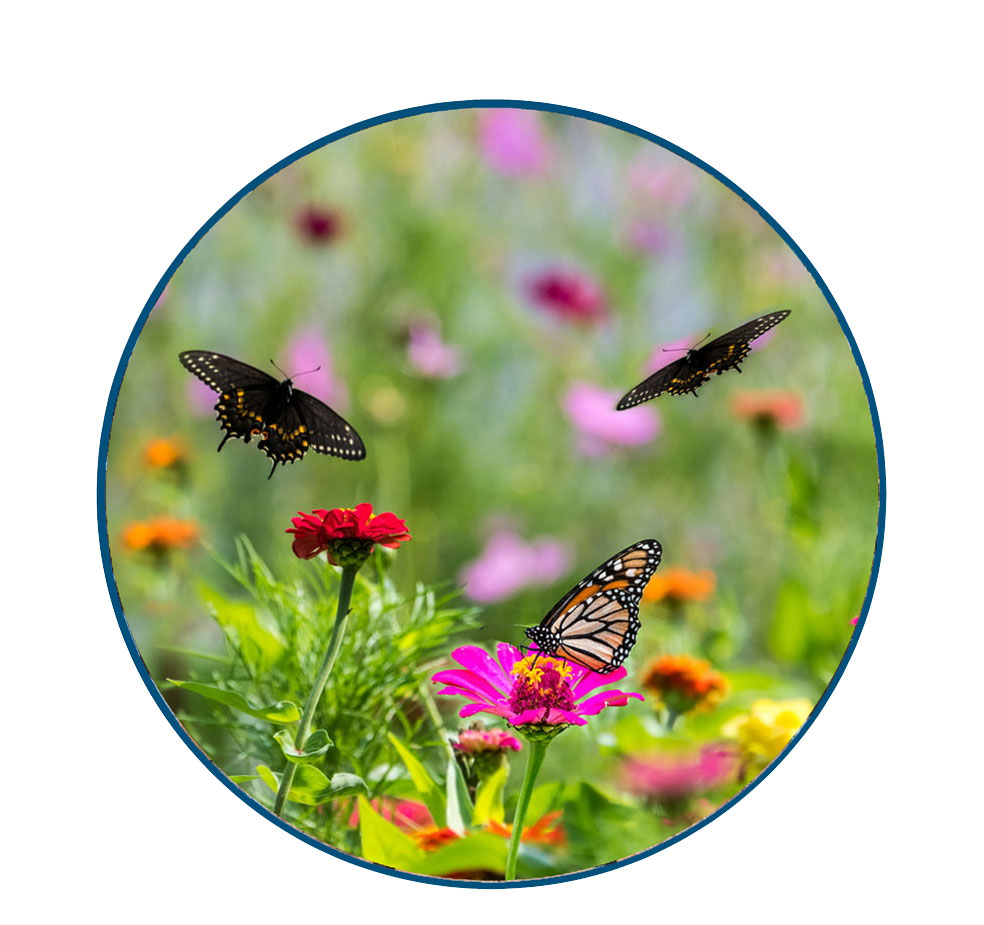 The Butterfly Encounter is a live walk through exhibit that houses multiple butterflies where you can interact, feed and learn about them and why they are so important. A great activity for all ages, the exhibit was designed for wheelchair and stroller accesibility. 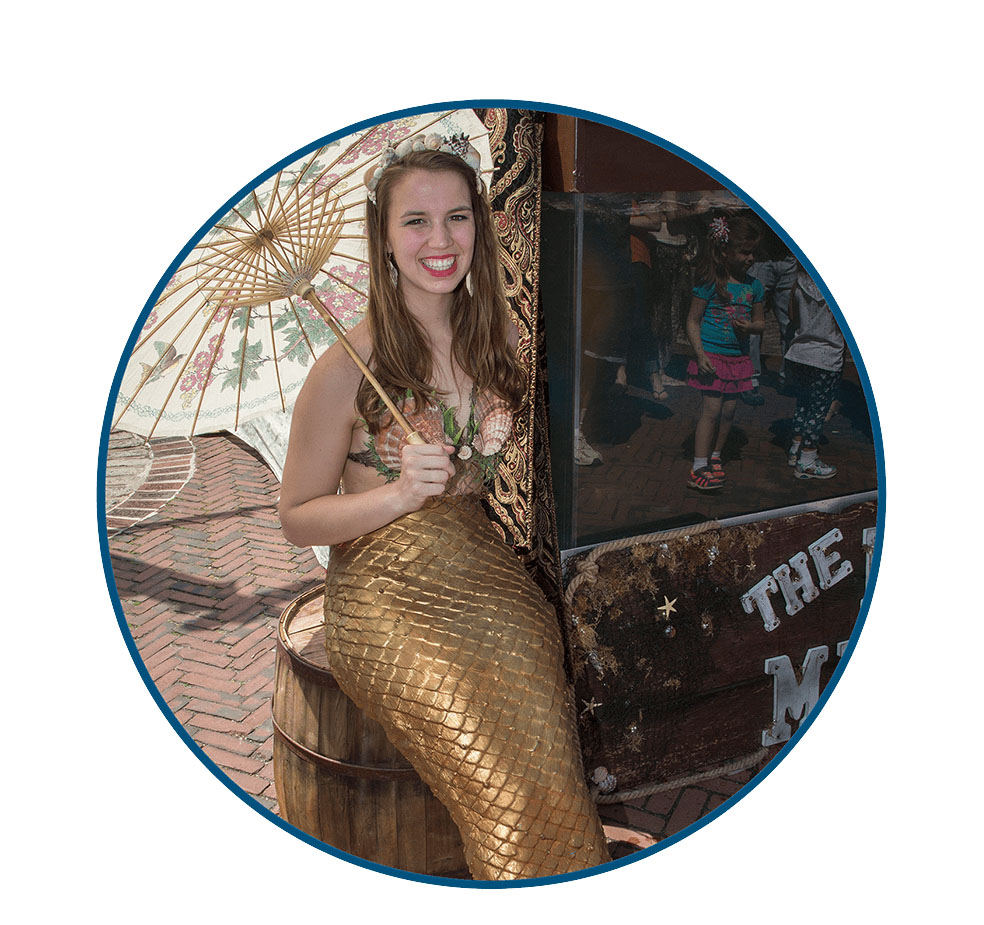 Watch as the curtains open to reveal an ancient spirit of the deep, a creature thought to exist only in the shimmering mirage of the open ocean – mermaids! Spotted by sailors for thousands of years in the breaking waves of their ships, one of these illusive beauties will be brought to you from the far corners of the earth. Hear about their stories of bravery and courage, learn about protecting their oceans, and witness for yourself a real mermaid! Photo opportunities will be available throughout the day. 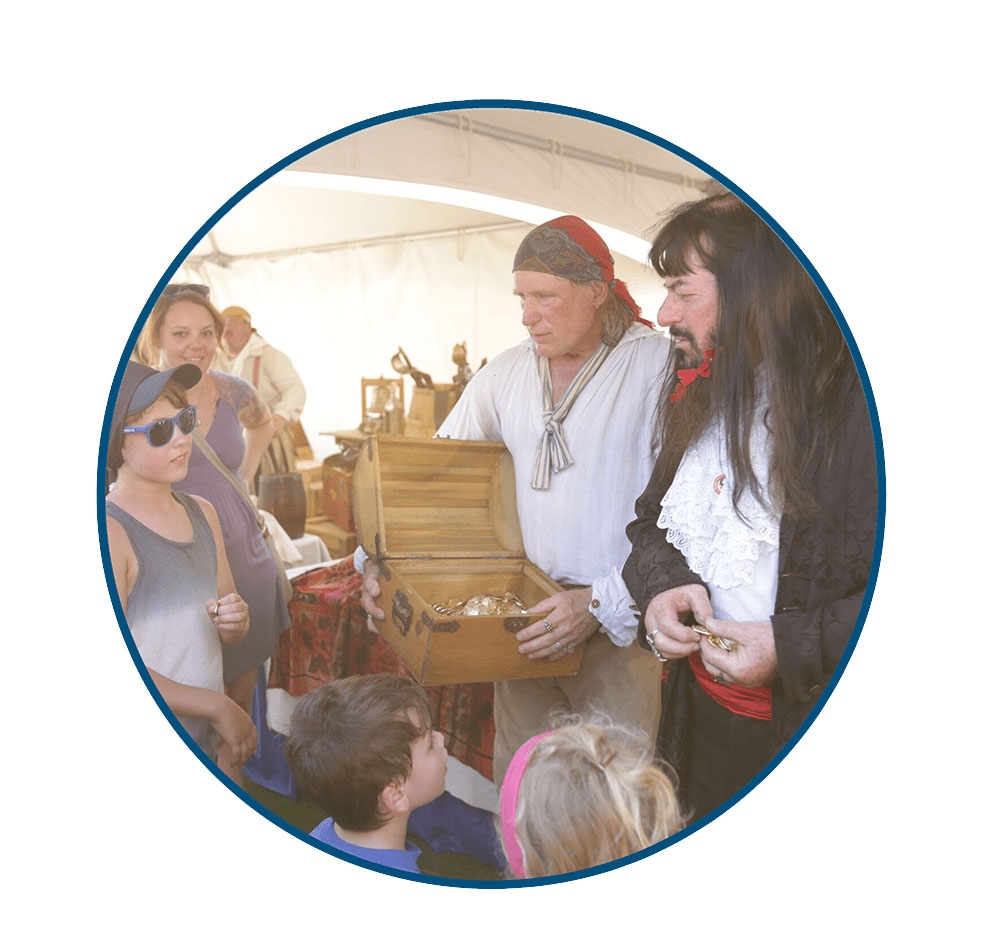 Craft yourself the appropriate swashbuckling attire at the Pirate Bandana Tent and then set sail into a class at the Defiant Crew Pirate School where you will learn how to live the shipshape pirate’s life … Yo Ho Yo Ho a pirate’s life for me.

JMU student killed in crash remembered as ‘a man …