In its pursuit to build a 911 for every niche, Porsche on Tuesday unveiled a version that’s gone on a diet.

Following what is becoming tradition, the 2023 911 Carrera T starts life as a base 911. Porsche then deletes some features and fits others from the 911 range, all in the name of driving pleasure balanced with performance instead of insane track times. 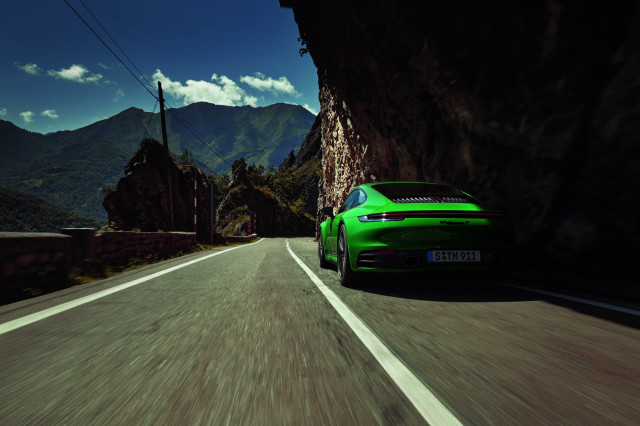 The base 911’s twin-turbo 3.0-liter flat-6 makes the same 379 hp and 331 lb-ft of torque in the Carrera T, but it sings through a sport exhaust system. A 7-speed manual transmission is standard for those who #GiveAShift, but an 8-speed dual-clutch automatic transmission will be a no-cost option. Power from the rear-mounted engine goes to the rear wheels, but the limited-slip rear differential and torque-vectoring system from the 911 Carrera S (which aren’t available on the 911 Carrera) come standard on the T.

Quite a few other bits come from the Carrera S. Porsche’s PASM sport suspension, which features adjustable dampers and a 0.4-inch lower ride height, is fitted on the new 911 Carrera T, as is the Sport Chrono Package, which has a digital and analog clock and additional drive modes. A rear-axle-steering system will be an option.

Thanks to a standard rear-seat delete package (though, the rear seat can be added back as a no-cost option), reduced sound insulation, lighter seats, thinner glass, and a more compact battery, the 911 Carrera T shaves 100 lb from the base 911’s curb weight, tipping the scales at 3,254 lb. 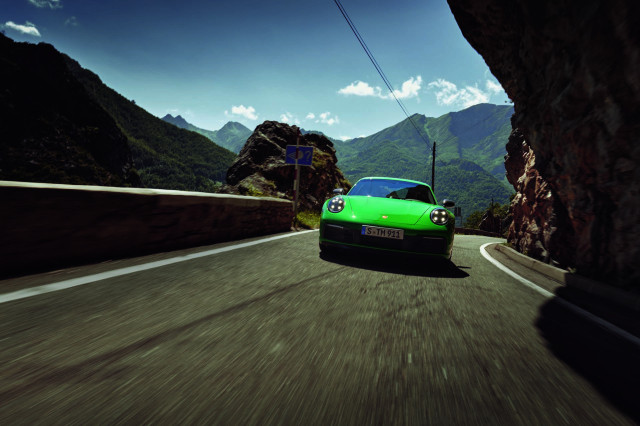 Porsche says the 911 Carrera T will sprint from 0-60 mph in 4.3 seconds, but opting for the dual-clutch transmission will drop that time to 3.8 seconds. Regardless of transmission, the sports car is capable of 181 mph.

It won’t be tough to spot the latest 911 Carrera T thanks to a graphic along the lower portion of the doors sporting the model’s name. Badging also adorns the rear end. The mirror housings are painted in a contrasting Agate Grey. Carrera T models also get 20-inch front and 21-inch rear Carrera S wheels painted in Titanium Grey. The staggered wheels are wrapped in 245/35 rubber up front and 305/30 rubber in the rear. 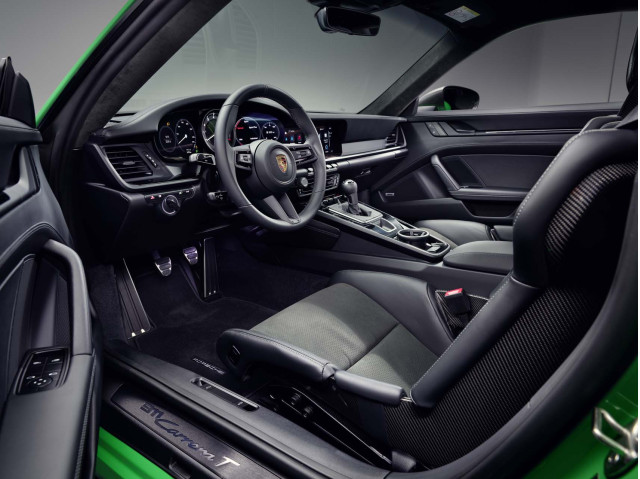 Inside, the 911 Carrera T features a GT Sport steering wheel and 4-way adjustable sport seats with additional bolstering at the shoulders. The trim is finished in matte black with bits of high-gloss black around the cabin. An optional Interior Package adds Slate Grey or Lizard Green seat belts, centered seat stripes, contrast stitching, and 911 logos embroidered on the headrests. 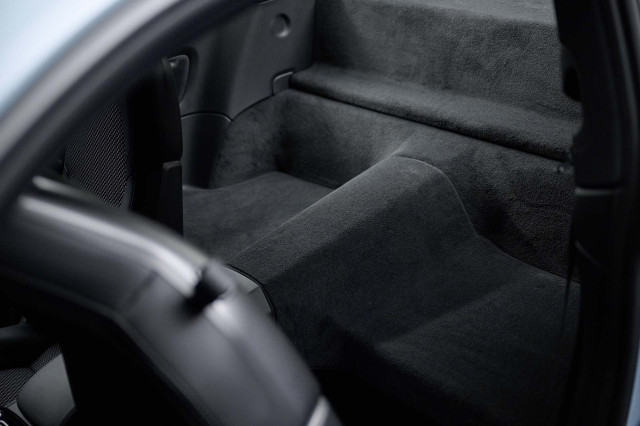 For a more hardcore experience, Carrera T drivers can opt for 18-way adaptive sport seats or light-weight bucket seats covered in microfiber. Porsche noted the rear seats can’t be optioned with the carbon-fiber bucket seats. Leather is on the options list and will cover the center console, dashboard, door panels, and armrests, as well as the seats.

Standard exterior colors include Jet Black, Gentian Blue, Ice Grey, and GT Silver—but Chalk, Ruby Star Neo, Carmine Red, Shark Blue, and Python Green are available as special colors. For the first time, Porsche will allow buyers to access the “Paint to Sample” program with the 911 Carrera T, which will offer another 110 colors.

Porsche didn’t announce prices for the options, but buyers in the market for a 911 know they won’t come cheap

How to protect your Cyber Monday orders from ‘porch …

Parents told to cut recalled children’s toy in half, …

Families of Americans who died inside Mexico City …

Judge to decide fate of Scotty Quixx in Norfolk