Katie Collett joined the WAVY-TV 10/FOX 43 News team in August of 2007. She began as a weekend reporter and worked just about every shift before being promoted to the morning anchor position in 2012. She is now the morning and midday anchor. Her anchoring duties include WAVY News 10 Today from 4:30-7am, WAVY News 10 at 7 a.m. on FOX43 from 7-9am, and WAVY News 10 Midday from 12-1pm.

While at WAVY, Katie has contributed reports to a number of Emmy Award winning newscasts. She was also nominated for an Emmy for her investigative report on a local child who could not stop sneezing.

In 2012, Katie was diagnosed with Multiple Sclerosis. She is very public about her battle with the disease and does all she can to raise awareness about MS and the need to find a cure while making medications affordable. While Katie works closely with the Multiple Sclerosis Society year round, she is also passionate about the March of Dimes: March for Babies, the American Heart Association, the Breast Cancer Foundation, and many more amazing organizations.

You can often find Katie speaking to organizations, and students at local schools, about a number of topics including journalism, confidence, the power of women, and overcoming obstacles. She believes it is important to motivate all age groups to strive to be their best and work hard to lead a happy life.

Katie came to WAVY-TV 10/FOX 43 News from WJAC-TV in Johnstown, Pennsylvania, where she was the 5 a.m. to 7 a.m. Sunrise anchor and a reporter. Prior to WJAC-TV, Katie was a full-time freelance producer at COX Broadcasting in Washington, D.C. She covered many political topics while on the Hill including the beginning of the War in Iraq, the President’s State of the Union Address, and the release of the 9/11 report to name a few.

Katie is a graduate of Edinboro University of Pennsylvania with a bachelor of arts degree in Speech Communication. She married her husband, Will, in 2011 and is the proud mother of Liam. Check her out on Twitter, Instagram, and Facebook for important news updates and some parenting anecdotes that will no doubt make you laugh! She believes humor in life is a must!

Katie is thrilled to call Hampton Roads her home and enjoys going with her family to Norfolk Tides games, Admirals games, and any number of festivals held in the area year round! 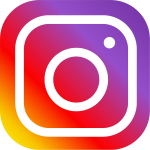 Study reveals potential cause of MS

Something Local: A cause for a cure

Man sending message with sign in yard is getting …

Man sending message with sign in yard is getting …